Sex trafficking lures – do your children know the signs? 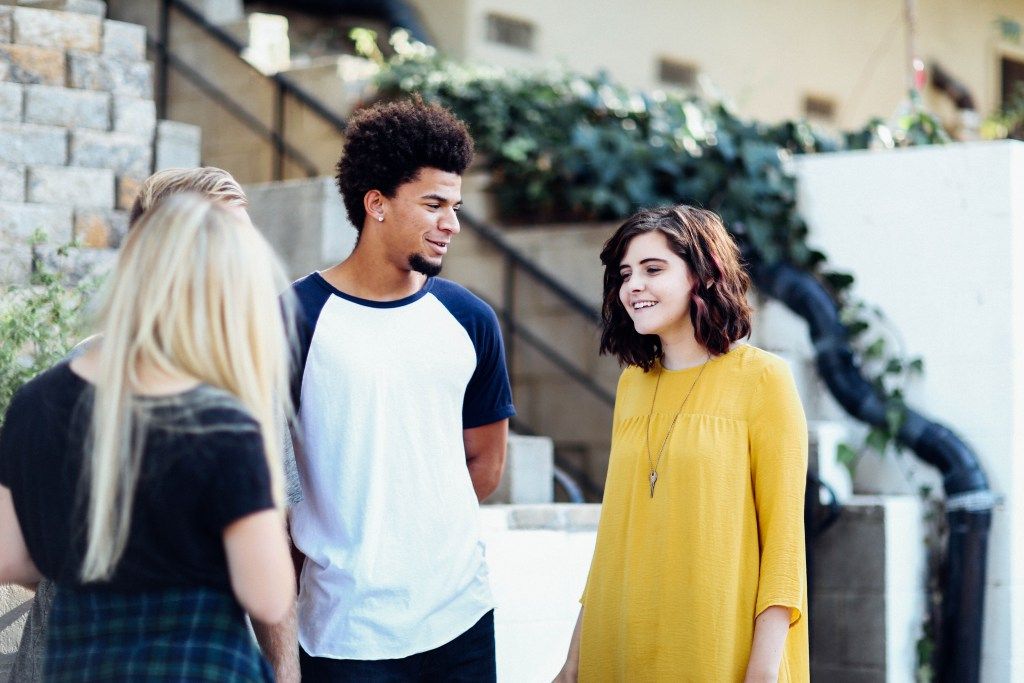 Blanca is a dedicated mother of three. When her pre-teen and two young teens starting making some new friends – usually a process that would delight a mother – Blanca became concerned. She heard stories of parties these friends had been to. Parties where sketchy things were happening and Blanca didn’t know for sure what these friends were up to. What she did know for sure was that warning signs were flaring.

Blanca reached out to Mirror Ministries, where an advocate spoke with her to find out the whole story. After having her concerns brushed off by others, Blanca finally felt like someone was taking her seriously and was going to be with her every step of the way while she guided her children. Our Mirror Ministries advocate also spoke with all three children to let them know the red flags to recognize a pimp and how easily kids can be swept up into sex trafficking. Blanca was very grateful, and she is hopeful that the message got through to her children and it will help keep them safe.

Would you recognize the signs of sex trafficking and grooming? They are often subtle.

A pimp can be a man or a woman. Young or old. Most pimps use manipulation to lure in potential victims. Others may use a go-between or two (known as spotters and groomers) to identify and manipulate potential victims before turning them over to the pimp.

What will each of these have in common? They will appear as a friend (or boyfriend or girlfriend). They might be the only person who really listens to a child. But that’s only because they are listening for the child’s vulnerabilities.

They will find out the child’s dreams and ambitions or their frustrations and pains. Then they will offer a way out of the pain of their lives, or a way to reach their dreams, or both.

This might look like playing lots of video games with a young teen boy, or taking a young girl shopping. It very often involves expensive presents, and it frequently involves small amounts of drugs to get the child hooked. Then it will involve an incentive to make money, and a suggestion of a “great way” to make lots of fast money.

Here are some warning signs to watch for: 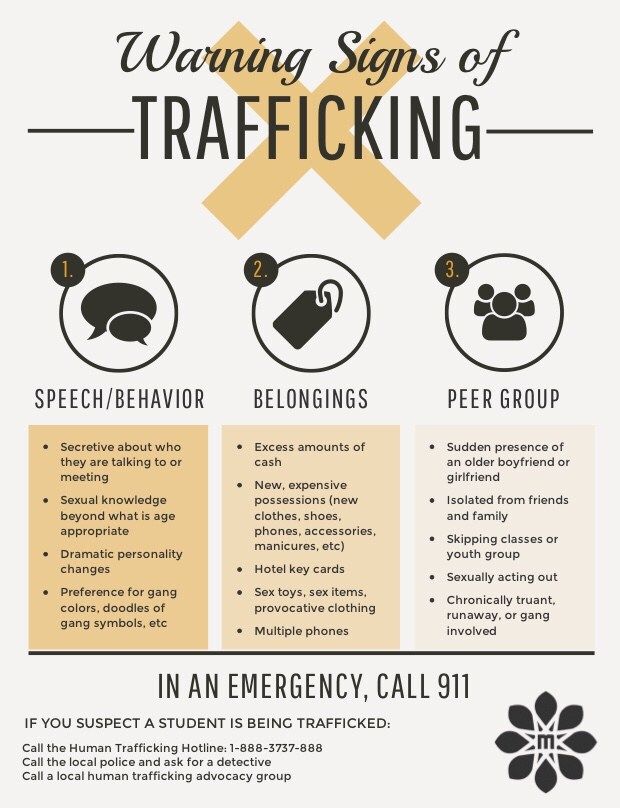 Our advocates are available to speak at your youth group, school, club, or just a get-together of friends and family to train children on signs to watch for and how to avoid being tricked and trapped. We can also train teachers, youth and children’s ministry workers, club leaders, and parents to recognize and respond to the signs of sex trafficking. Call or email our office today to schedule your training: 509-783-5730 or info@mirror-ministries.org.