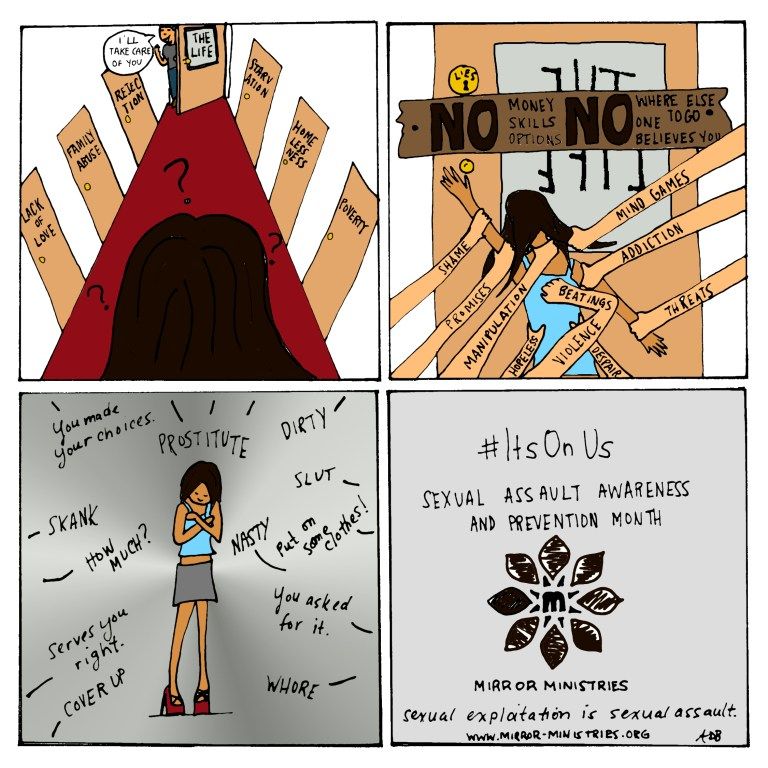 We live in a culture that justifies sexual violence against women and children by blaming the choices they have made, whether or not those choices are perceived as related to the exploitation or abuse. It is in this culture that a commercially sexually exploited child can be viewed as a “teen prostitute” who actively chose to be in “the life.”